The tablet version 4NET.TV was born into the world! 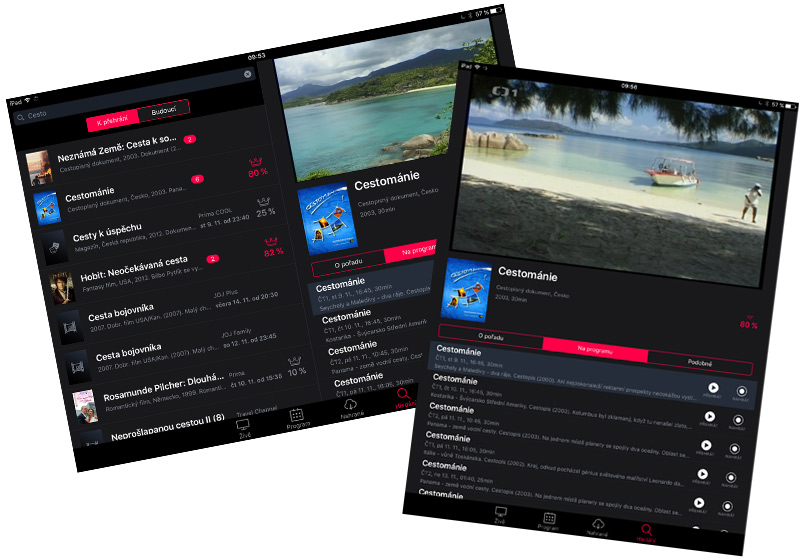 This week we released version 2.1 of 4NET.TV mobile application that brings several improvements. Rejoice above all tablet users, for which it prepared a special version that fully exploits the possibilities of large displays. Last but not least, this release solves several bugs reported in earlier version. The application is available on Google Play and the App Store for Android and iOS. For the clients with their own brand the app will be released gradually by the end of the year.

Note for users of Android devices 4.x.x. We still had not satisfactorily resolved internal player error, which fails after some time playing video stream. We are still working hard on solution. If you can, recommend to your customers upgrade to 5.x.x.